Ultime notizie
Home » Documenti » Turin, May 10th. Against the state’s revenge and for justice. With Chiara, Claudio, Mattia and Niccolò, for all of us.

Turin, May 10th. Against the state’s revenge and for justice. With Chiara, Claudio, Mattia and Niccolò, for all of us.

27 aprile 2014 in Documenti Commenti disabilitati su Turin, May 10th. Against the state’s revenge and for justice. With Chiara, Claudio, Mattia and Niccolò, for all of us.

To adhere to the appeal add your name and surname at: appello10maggio@gmail.com

We will also be in Turin on May 10th to express our solidarity with Chiara, Claudio, Mattia and Niccolò.

Chiara, Claudio, Mattia, Niccolò. It’s important to repeat their names, it’s important to pronounce them out loud because we are talking about four lives, four human beings, four No TAV activists who have been in prison since 9 December 2013, distributed between the prisons in Alessandria, Ferrara and Rome, coping with a high-security system (AS2).

For us, as for the Susa Valley populace, these prisoners are brothers and sisters, part of a community that has been resisting an unnecessary and senseless “mega project” for more than twenty years: a vehicle for the mafia, suicidal for the environment, a mechanism that devours money and mountains that has been imposed upon the territory with presumption, obtuse arrogance and blatantly authoritarian methods.

Taking a stand for us is easy and predictable. But even those who have never looked into this struggle and who, like many others, are starting to look at it with some suspicion, should be alarmed by what is happening. It is an episode that tells a larger story, that risks getting bigger affecting more and more people. You, the reader, how can you be sure that you are safe? As the Latin motto says: “de te fabula narratur”. This story might just be talking about you.

Chiara, Claudio, Mattia and Niccolò are being sold as terrorists and, at barely age twenty, they risk 30 years in prison. The trial begins on May 22th. What are they accused of exactly?

They are accused of having taken part in an initiative during which a compressor was damaged. That is, an inanimate object. A thing, made of metal and wires.

That night not a police officer nor a worker at the site were remotely touched, not in any way.

The accusation of terrorism and the high-security surveillance are justified in art. 270 sexis of the penal code, put together nine years ago in one of the many “security packages” proposed for a public opinion that wanted to be easily reassured. It was July 2005, the attacks in Madrid and London had just occurred.

A coincidence: that same year the No TAV movement claimed its most important victory on the ground, blocking and defeating the opening of the work site for the exploratory tunnel planned for Venaus. There doesn’t appear to be a direct link but in reality there is one because within 270 sexies you can read the following (our emphasis): “Acts that may be considered as having terroristic ends are ones that, by their very nature or context, may cause great damage to a Country or an international organization and are committed with the scope of intimidating a population or forcing public powers or an international organization from completing or abstaining from completing any act […]”.

Since the No TAV movement wants to prevent the colossal waste that is the Turin-Lyon, any initiative in this sense can reduced to a “terroristic end”.

This is why no one is safe from these accusations.

For two state attorneys and one district attorney judge for the preliminary hearing, Chiara, Claudia, Mattia and Niccolò tried to “damage Italy’s image”.

Which Italy was supposedly damaged by the No TAV who are about to go to trial?

The Italy that the powers that be see “defamed” by the No TAV is maybe that which represents dignity, solidarity, democratic participation? Or rather, of a certain type of “development” which only serves shady business, a symbiosis between political parties and criminal clans, suspicious contracts, work with plenty of blackmail and few rights, poison and biocide?

What we are describing is just the most advanced point of the strategy that Turin’s district attorney’s office has been putting into action for some time. Activists accused of stalking, environmentalists accused of causing alarmism, young people accused of holding someone hostage, mayors condemned to pay astronomical fines, months of prison for having broken a seal, trials held in bunkers…

The presumption of addressing a politico-technical problem like the Turin-Lyon through judicial and police repression is having, and will continue to have, ever greater devastating consequences. Devastating not just for civil life but, above all, for four young people who risk spending their youth in prison because someone has decided to crush Susa Valley’s resistance beneath an iron heel.

If placing these four young people under high-security level-2 surveillance was supposed to break them and cause the No TAV movement to vacillate, we can say with all certainty that it didn’t work.

Placing them in isolation well beyond the investigation period, is against what you can read in article 33 of the penitentiary rules and article 3 of the European Convention on Human Rights.

The drastic limits on hours of fresh air, mail censorship and visitation limits (permission is granted only to family members in a very direct sense so no partners or common-law spouses) have failed.

Not even the media’s criminalization has served its purpose.

From behind the prison bars Chiara, Claudio, Mattia and Niccolò have sent letters without signs of defeat, often ironic, provocative, energetic. They have asked for more repression, more isolation, and a ban on being fed, they have asked for “my cousin who loves me very much” as witness for the defense …Dulcis in fundo, they suggested adding Dudù, Berlusconi’s dog, to the surreal list of “offended parties” put together by the District Attorney.

A list which, to date includes, without any humor intended, the European Commission, the Ministers’ Council, the Third Alpine Regiment, the Carabinieri of Sestrière, the State Police of Imperia, Torino’s Guardia di Finanza…

On May 10th we will take the square.

For Chiara, Claudio, Mattia and Niccolò’s freedom and for everyone’s freedom.

For the air, the water, the earth and the public health of Susa Valley, Italy and the entire planet.

Against the obscene accusation of terrorism.

In Turin at 2 p.m. in Adriano Square.

Adhere to the appeal by adding your name and surname at: appello10maggio@gmail.com 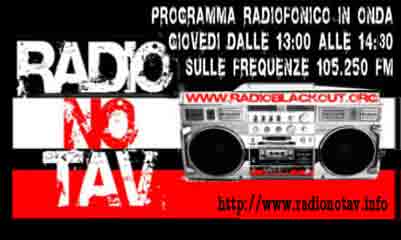 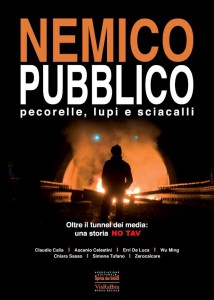 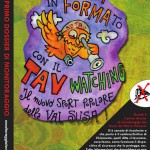