10 years after the creation of our collective, we finally managed to tell at least a part of our story, and what it meant to us.

After another few years, the English translation is finally available! :) 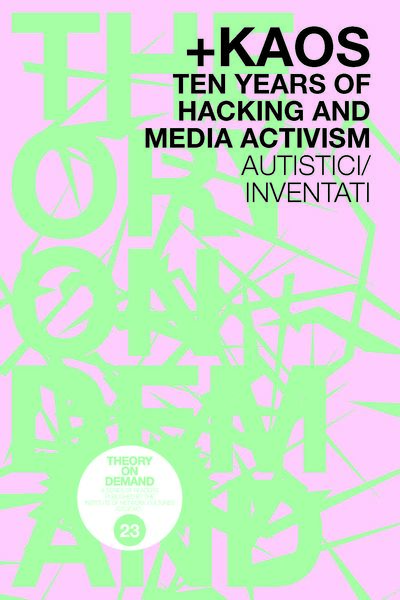 At the end of the 20th century, hacking was bleeding edge. When the ideas, practices and pranks of this experimental niche of technophiles attracted the attention of a handful of activists in Italy, they understood that information and communication were what would give shape and voice to social, political, and cultural processes in the near future.

+KAOS is a cut and paste of interviews, like a documentary film transposed on paper. It describes the peculiar relationship between hacktivism and activism, in Italy and beyond, highlighting the importance of maintaining digital infrastructures. While this may not sound as glamorous as sneaking into a server and leaking data, it is a fundamental topic: not even the most emblematic group of hacktivists can operate without the services of radical server collectives.

The English translation of the book is published by the Institute of Network Cultures in Amsterdam.